Growing waves of investigations and disputes will continue to pose challenges to business across all sectors.

G20 companies are operating in a complex arena increasingly defined by disputes, investigations and regulation – and whilst firms both anticipate these risks and are proactively preparing for them, business leaders need to continue building vigilance in light of the threats they face

G20 firms are aware of the direct legal and regulatory risks they face, as well as their knock-on effects. Investigations in relation to ESG, including climate change, was the most commonly reported type, with almost a third (31%) of companies either currently facing, or expect to face, investigations by regulatory or government bodies in this area. By extension, more than half (51%) of companies expect media scrutiny in relation to ESG.

Almost a quarter (24%) of companies also expect both media scrutiny regarding fraud or financial crime (24%), and to be investigated by regulatory or government bodies for financial crime and sanctions compliance (24%) in 2022.

In light of these risks, the majority of G20 companies are taking proactive measures to increase resilience. In relation to disputes, half of the respondents allocated 20% or more of their legal budget to settlements of disputes, including from class actions. Meanwhile, 53% of G20 companies said they would allocate 20% or more of their legal spend on internal investigations.

Nearly nine out of 10 (87%) large G20 businesses also believe they have adequate resources to manage financial crime and sanctions risks. As part of their preparedness, companies are increasingly conducting extraordinary reviews or health checks of financial crime arrangements: 41% of G20 respondents stated they plan to conduct such reviews in the next 12 months, or have already done so.

With regards to proactive threat preparation, more than half (51%) of companies also said they are proactive when it comes to financial misstatement and fraud – a six-point increase compared to September 2021.

EXPECT REGULATORY OR GOVERNMENT INVESTIGATIONS IN 2022

ARE PROACTIVE WHEN IT COMES TO FINANCIAL MISSTATEMENT AND FRAUD

Over the last 12 months, 13% said that their company was forced into litigation by class actions – and 71% agree that class actions or mass claims are becoming more costly for their business.

In light of these risks, the majority of G20 companies are taking proactive measures to increase resilience. In relation to disputes, half of the respondents allocated 20% or more of their legal budget to settlements of disputes, including from class actions. Meanwhile, 53% of G20 companies said they would allocate 20% or more of their legal spend on internal investigations.

Technology is increasingly at the heart of this resilience. Nearly half (44%) of G20 companies have invested, or plan to invest in the next 12 months, in dedicated technology to conduct due diligence, monitoring and investigations in relation to financial crime risk, for example – with investment in technology now the most common approach to managing financial crime risk.

Despite a considerable degree of proactivity in mitigating disputes, investigations and regulatory risks, companies continue to face a wide range of challenges and are still not as prepared as they could be –13% of G20 respondents said they were not aware of the full extent of their exposure to antitrust risks, for example, whilst a huge majority of large G20 businesses (88%) would like to see greater transparency and availability of beneficial ownership information, to help tackle financial crime. 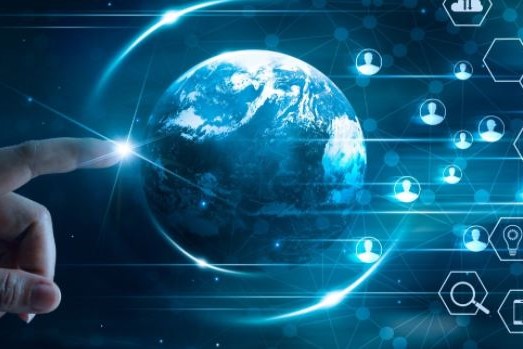 An analysis of competition policy social conversation has found that news coverage around the topic of antitrust has created a network of online commentary relentlessly focussed on so-called big tech companies. This provides the backdrop and context for future news coverage – creating a perpetual news cycle on big tech and antitrust. 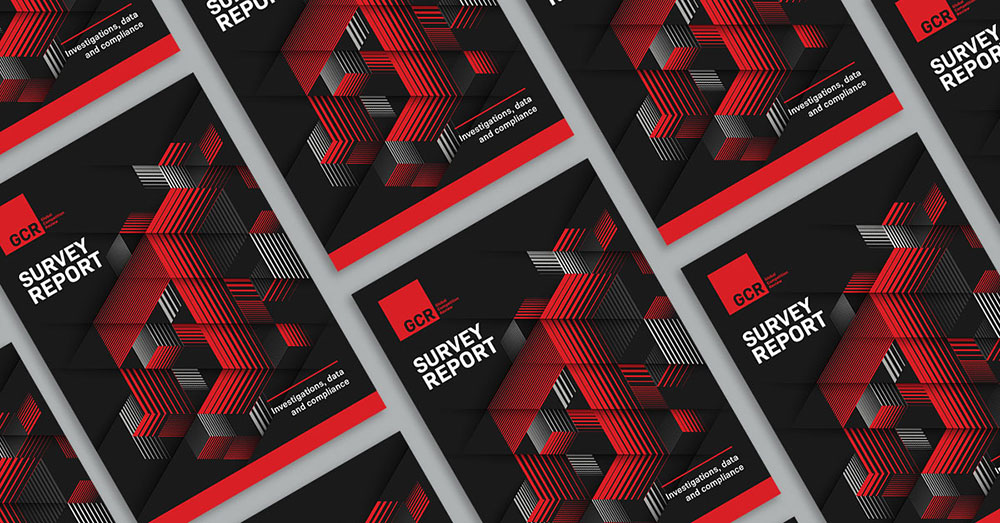 The pandemic and its ripple effects have impacted us all in many ways, including how we work. Suddenly, millions of workers worldwide made the shift to remote work - adopting new schedules, communication systems, and business practices. Antitrust practitioners were no different.

Emerging data types, distributed evidence, co-mingling of personal and corporate information, and regulatory uncertainty are complicating investigations workflows. In this uncertain environment, maintaining rigor and defensibility across investigations practices will require a refresh of traditional methodologies. 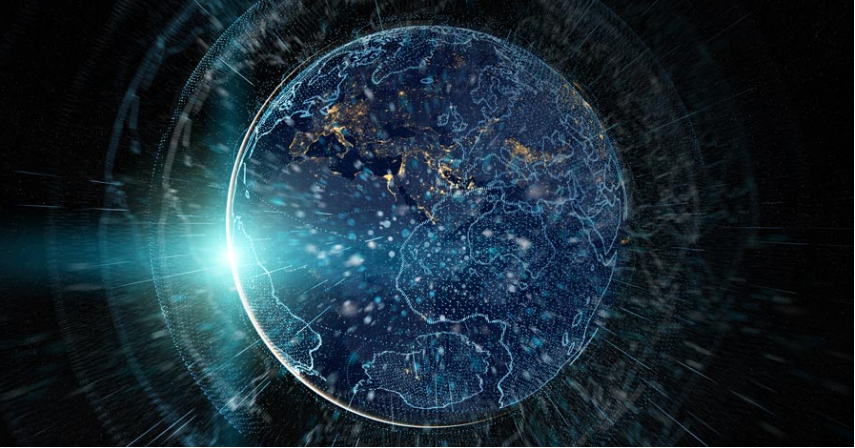 Valuation and Damage Quantification: Do the Same Principles Apply in the COVID-19 Era?

August 24, 2021—The pandemic has had a significant impact on the global economy and financial markets, with increased volatility and business disruption worldwide. It has affected businesses in many different ways, some favourably, but the majority adversely. As a result, dispute activity is anticipated to increase from this heightened market volatility and the large impact it had on countless industries and geographical regions. 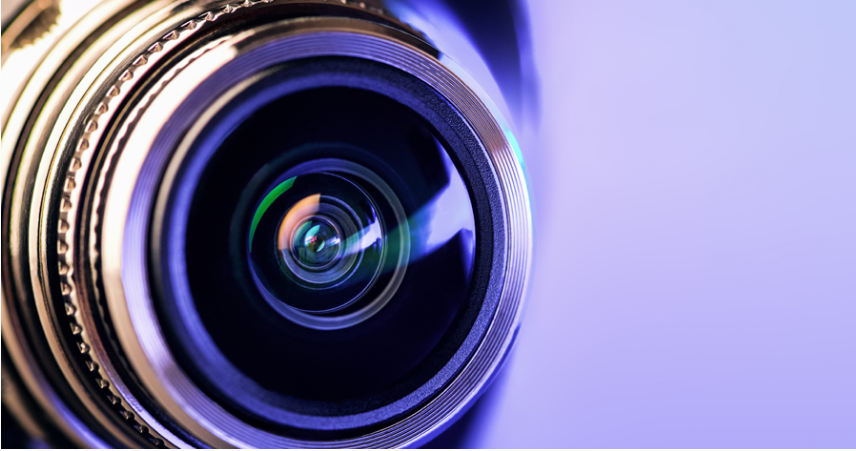 Looking at Your Compliance Programme Through the Eyes of a Prosecutor 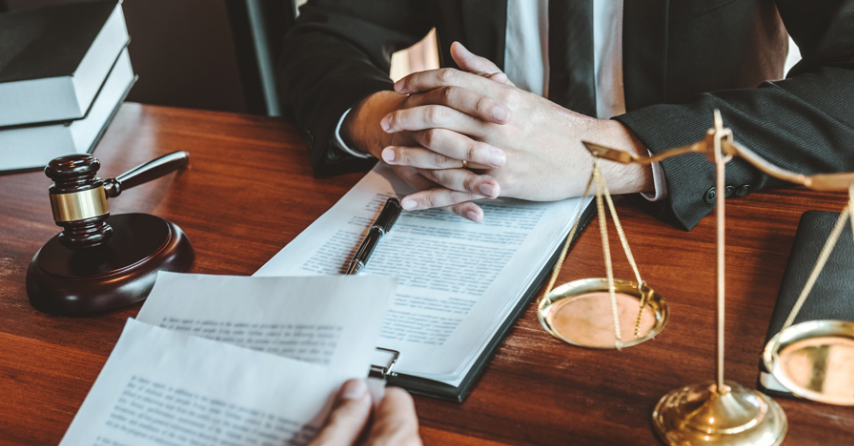 Assessing Damages for Breach of Contract

July 13, 2021—FTI Consulting’s Karthik Balisagar and Tim Battrick authored a chapter for the fourth edition of Global Arbitration Review's "The Guide to Damages in International Arbitration" on the assessment of damages for breach of contract. 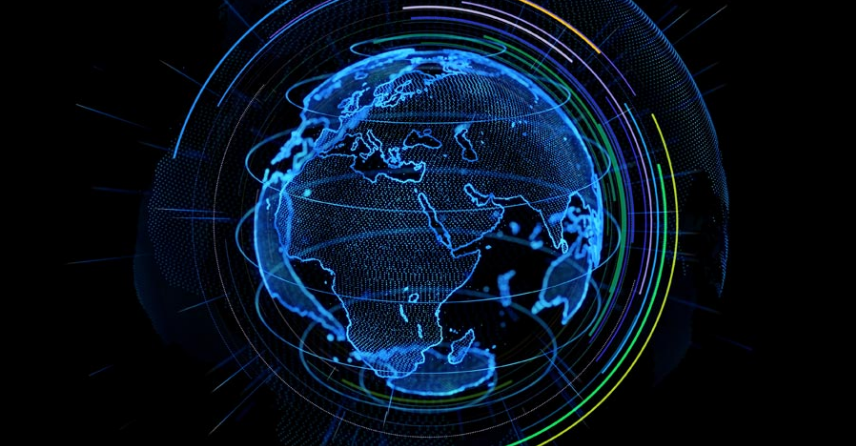 The COVID-19 Factor: The Impact of COVID-19 on Damages Assessments

June 9, 2021—In the past year, we have seen certain disputes arise as a direct result of the COVID-19 pandemic. Other disputes, while not directly caused by the COVID-19 pandemic, are impacted by the rapidly changing economic circumstances which the pandemic has brought. In this sense, the impact of COVID-19 in international arbitration disputes is already observable and will continue to be so as new disputes crystallize.

Damages Assessment in A Renewable Energy Breach of Contract Dispute: FSG vs Kingdom of Lesotho

June 2, 2021—The Kingdom of Lesotho (“Lesotho”) was found to have breached provisions of a supply agreement with a German renewables company, Frazer Solar GmbH (“FSG”), in an arbitration heard in South Africa. FTI Consulting’s quantum experts, Henry Pannell and Liberty Mncube, were appointed on behalf of the Claimant (FSG) to provide an independent assessment of FSG’s damages resulting from the breach. 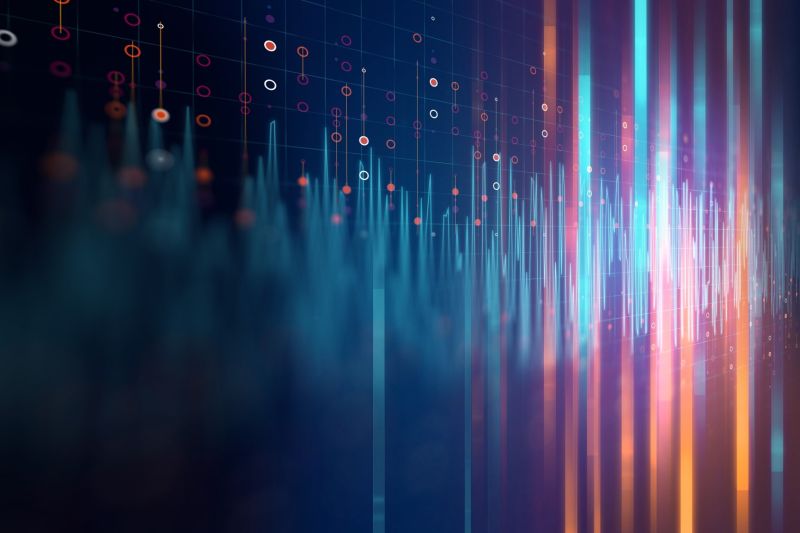 May 20, 2021—In this Practising Law Institute Chronicle article, Head of Cybersecurity for the Americas Jordan Rae Kelly and her co-authors discuss cybersecurity and emerging legal standards, and how an expanded threat landscape puts vital assets at risk. 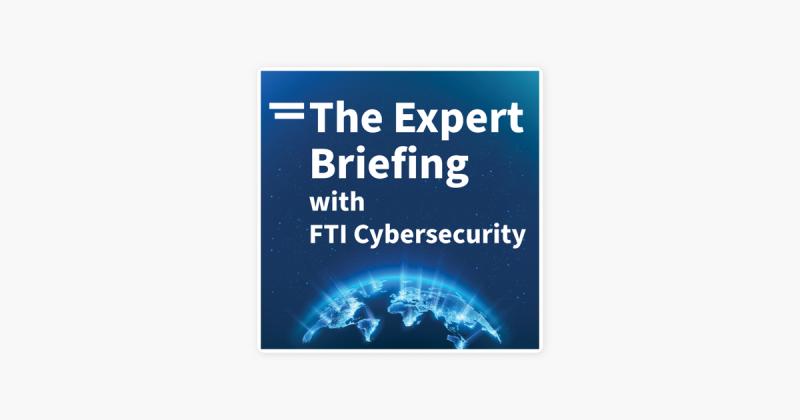 Complex Investigations: Are You Prepared to Meet the Rising Bar?

March 25, 2021—In this episode of The Expert Briefing podcast, FTI Consulting’s Dave Harvey, Laura Kippin and Oliver Price are joined by Ben Denison, Director of Information Technology at RPC. The group highlights the current trends around complex investigations, the extensive data from an incident or breach, and the increase in litigation and concerns from third-party auditors. Looking to the future, the experts offer tangible advice for business leaders. As the bar continues to be raised, so will the costs of not meeting it. 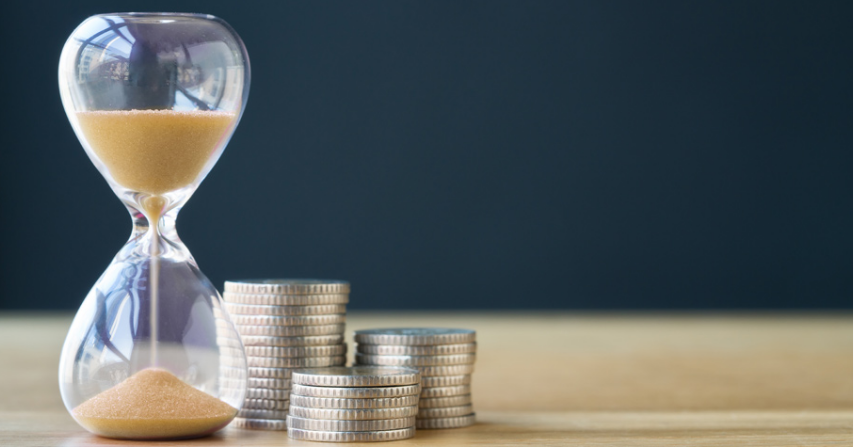 Interest on Damages and the Discontinuation of LIBOR

February 8, 2021—The interest element of an award of damages can be a significant part of the overall outcome of an arbitration. However, despite the amount at stake, interest can often receive relatively little discussion in the parties’ statements of case and in the Tribunal’s award. 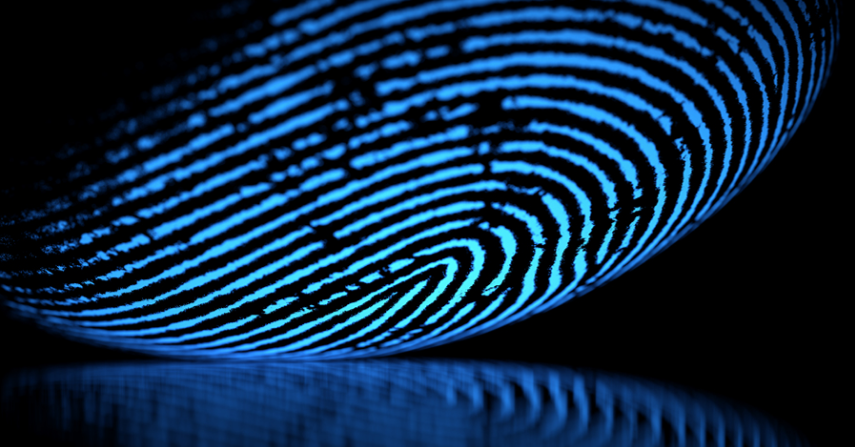 February 1, 2021—In an article for Financier Worldwide, FTI Consulting’s Andrew Durant and Phil Allister discuss how fraudsters are adapting their techniques to conceal assets and the most effective asset tracing investigation strategies. 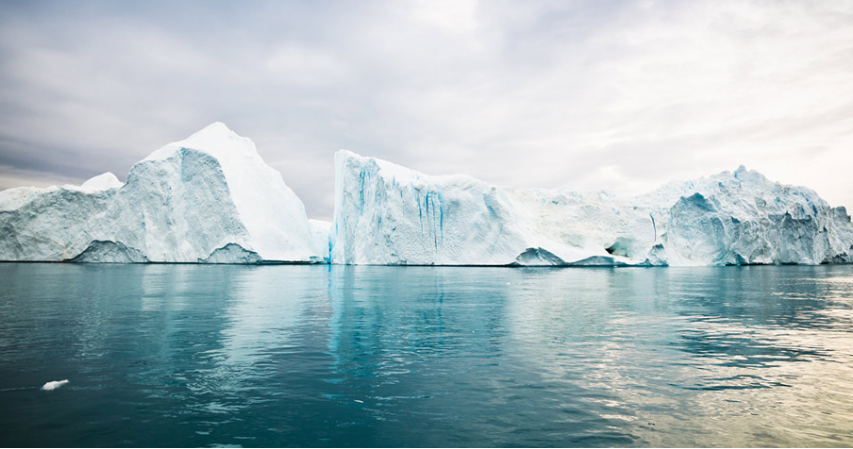 September 25, 2020—The 2015 Paris Agreement signed by 189 countries represents the most significant milestone achieved in the fight against Climate Change. Based on the Intergovernmental Panel on Climate Change (IPCC) report, commitments were taken to reduce carbon emissions to limit global warming to 1.5°C above the pre-industrial level.